TRANSFORMING TRAINING AROUND THE WORLD – AND IN CANADA 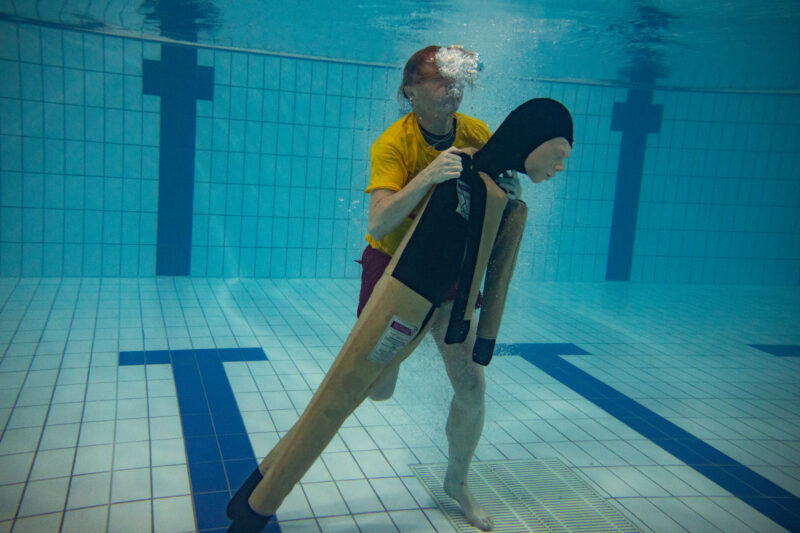 ALG Safety are exclusive distributors of Ruth Lee Training Manikins in Canada. Contact us on 905-517-7406


As you know, we have been proud to bring Ruth Lee manikins to rescue professionals across Canada for many years now… but did you know our daughter, Alisha was partly responsible for the idea to create a manikin for lifeguard training?

Alisha had seen the Ruth Lee manikins and was really impressed by their life-like proportions and the opportunity they gave to create complete rescue scenarios.  She was convinced that the usual method of lifeguard training could be improved, and we therefore approached Ruth Lee to see if they could find a solution.

Traditionally, lifeguard training saw trainees switching between plastic half torsos and volunteers part way through a scenario. It created a ‘disjointed’ process which did not accurately represent the true challenge of retrieving an unconscious body from the water, towing it to the side and then lifting it from the water.

After speaking with Alisha, Ruth Lee began developing ideas for a manikin – but it was an interesting conundrum – this manikin needed to sink to the bottom of the pool for retrieval from deep water, but also needed to be buoyant enough to float when towed effectively! A manikin that should sink AND float?! That would be a challenge!

Several prototype manikins were tested over the following months, using different materials and weights to find the correct borderline buoyancy.  Ruth Lee were committed to creating a manikin which would allow trainers to simulate a seamless rescue scenario, where trainees could retrieve a manikin from deep water, tow it to the side of the pool and then lift it safely from the water.

Working with industry experts is essential when developing new products. After all, YOU know how you need your manikin to behave during specified training scenarios and what is or isn’t important!

Being a UK based company, Ruth Lee approached the Royal Lifesaving Society UK for further advice and guidance. The RLSS (UK) helped with further testing and amendments to the prototype manikin, facilitating the use of trained RLSS lifeguards and gathering feedback on the manikin’s performance in training. They also gave more information about the IQL Qualification so that we could learn more about the responsibilities of lifeguards – essential to allow us to create the right product!

During these tests, the manikin was also found to be useful for practising extrication from the pool using a rescue board, plus a variety of poolside rescues including from the flumes or emergency fire evacuation and was also useful for Zone Visibility tests. 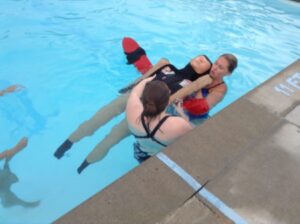 TRANSFORMING TRAINING AROUND THE WORLD – AND IN CANADA!

We’re very pleased to see more and more lifeguard trainers around the world using the manikin in their training, with some even creating online demonstration videos to share with their students and online following. Here are some great examples from influential people in the aquatics industry in Canada and the US…

Pete DeQuincy travels all over the US training lifeguards and demonstrating the manikin. Watch his lifeguard technique demo videos on his Youtube playlist below…

Here are some comments from working lifeguards :

“The Ruth Lee Pool Rescue manikin is a revolutionary innovation in how lifeguard training is conducted. It provides a more realistic experience for trainees with the ability to practice a variety of techniques, without needing to switch between different equipment or live volunteers, this ultimately leads to greater confidence, when carrying out a real rescue.”

Much more needs to be done to promote this great tool. As a water rescue teacher, I have waited a long time to have this type of manikin.

I do not dispute the usefulness of the half-body manikin, but for the training of professional lifeguards, I believe in the use of manikins that can more faithfully reproduce the behaviour of a human body in water, as well as being able to be used in extractions, searches…without exposing instructor or students to the risk of injury.

“Swam with Ruth Lee for the first time at Craig Tara Haven over the last fortnight. Most realistic in water casualty I’ve used in 25 years. Sinking Steve and Drowning Dave (the orange and yellow torsos) don’t have a patch on Ruth Lee!”

“A great morning at HMS Collingwood training with the new Ruth Lee life size manikin. From deep water recovery, horizontal lift, to use on a rescue board (PXB) it proved to be a valuable asset when training lifeguards and their on-going monthly training sessions. Very real life like, heavy and clearly gives you experience of dead weight in water.”

“The Ruth Lee manikins were of particular interest to us, as they give our staff the chance to train in as real life rescue situation as possible and they have the longevity to suit the ongoing training demands of our teams.”

“The weight of the manikin (30kg) is a real asset, and the presence of upper and lower limbs means the rescue ‘work’ is realistic. Once the search and the towing is complete, the candidate can train at the pool edge on their own or with a colleague. Simple rescue techniques can also be performed on the vital functions when using the manikin.”

A NEW KID ON THE BLOCK

Its popularity is such that further development work was undertaken to create a second model for this range, the Junior Pool Rescue manikin.

With a shortened height of 1.1m and a weight of 16kg it represents a child between the ages of 4-5. Data from the World Health Organisation (WHO) demonstrate that this age group are at an increased risk of death from drowning and feedback from lifeguards told us that this smaller sized manikin would be a popular choice.

As a company, Ruth Lee Ltd is focused on helping professionals who save lives to improve their training with products which are high-quality and fit-for-purpose. If each lifeguard who trains with our manikin saves more lives as a result of their improved training, it will be a job well done – and at ALG Safety, we are very proud that we were the spark for the initial idea!

← Prev: NO GOING BACK TO USING PEOPLE IN TRAINING SESSIONS 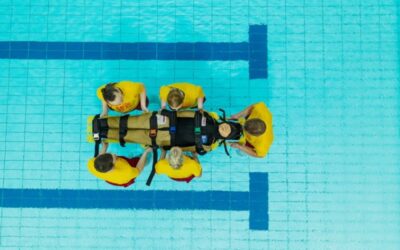 The Pool Rescue manikin is TRANSFORMING lifeguard training all over the world and we are proud to say that in Canada, lifeguards have been quick to adopt a new product which lets them complete more effective rescue training! 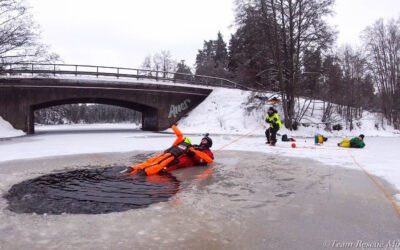 Cold Water Shock is a killer. Find out how a UK based organisation is helping to tackle the problem by offering advice on what you should do if you suddenly find yourself unexpectedly in the water.

7 Reasons Why You Should Always Use Manikins In Your Training

There are many reasons why using a manikin in your training is a good idea! In this blog we look at some of the most common benefits.

To purchase a manikin, please visit our main website…